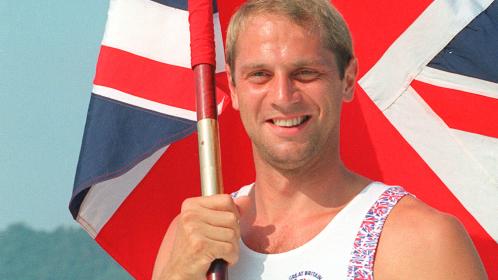 Anyone can get into debt — just ask our Fame & Fortune stars.

Even the rich and famous have their share of financial problems. It emerged last week that Tara Palmer-Tomkinson’s business was nearly £200,000 in debt at the time of her death. Many of the celebrities we interview in Fame & Fortune (page 10) have talked candidly about getting into serious trouble with debt, typically when they were starting out.

Most say it is an experience that has scarred them and had a lifelong effect on their attitude to money. It demonstrates that anyone, no matter how smart or successful, can find themselves in difficulties that can seem overwhelming.

Here is a round-up of what some of our interviewees said about their financial troubles — and how they got through them.

Terry Deary
Horrible Histories author
I’ve not used a credit card for 40 years [Deary is 71]. They are the spawn of the devil. I had them before as I was under so much financial stress, I needed the flexibility. I’ve known people who got into terrible debt, and I was just pleased to pay mine off and cut up the card.

Deborah Meaden
Dragons’ Den investor
I got into trouble when I was about 17 with a credit card and learnt my lesson. I ran up about £3,000 of debt while starting my first business. I convinced myself that I would pay back the money, and I couldn’t.

I had to go to see the bank and then my parents guaranteed a loan. I had to get extra work. It was horrible.

Steve Redgrave
Olympic champion rower
People think a five-times Olympic gold medallist is financially secure. Unfortunately, there’s no gold in the gold medals. Rowing is a training sport and not really a racing one; we race only five or six times a year. There’s no prize money. There’s no appearance money.

When you’re training for 49 weeks a year to get to the level you need to be at, you don’t really have an income.

I came back from [the 1996 Olympics in] Atlanta in debt. My account was in the red. People said: “You’re one of the top athletes — why’s that the case?” And you would say: “How much is rowing on TV? Not very much.”

Philip Mould
Art dealer and TV presenter
I went massively into the red at university while I was in Venice for a term. I had no idea I was spending so much because the bank wasn’t sending my statements to the university [East Anglia]. They sent them home and for some reason addressed them to my father.

In a completely unexpected way — because he was a man who made me stand on my own two feet — having opened them accidentally, he very kindly paid off the debt.

Tara Palmer-Tomkinson
Socialite and author, who died on February 8
I got my fingers really burnt once with an Amex black card.

I was about 24, and for some reason I stopped taking taxis and just used helicopters whenever I could.

I paid for such things using the Amex, but I didn’t realise that you had to pay off the balance every month. I was incurring huge amounts of interest — I had bills of about £47,000 for a couple of months.

I got into a lot of debt and eventually ended up in rehab aged about 27. My father paid off all my debts because he felt so embarrassed by me. When I came out of rehab, I spent the next two years paying my father back.

Edward Watson
Ballet dancer
I used credit cards when I was younger and didn’t have any money. I maxed one out once, when I was in my twenties — the limit was about £2,000. I got a loan from the bank to pay it off, because it was cheaper than paying the rate on the card.

Now, if I can’t afford something, I just don’t buy it.

We also have a problem with the post around here; a lot of these things don’t get delivered, and then the bailiffs come round. Instead of paying £32, I end up paying £500. I always have extra money set aside to pay the bailiffs.

There’s nothing better for a formerly poor person than to disappoint bailiffs by paying up straight away, before they have a chance to remove your belongings.

Paula Hawkins
Author of The Girl on the Train
There was a time when I had dozens of credit cards. I used to juggle 0% offers, which is all very well if you can be disciplined. I was not and ended up with serious debt.

At the worst point it was more than £30,000. It’s shameful, but very easy to get into trouble. I had to borrow money from my father over about a year to keep my head above water. That’s pretty depressing and embarrassing when you’re 41, as I was.

It was a dark and miserable time. As soon as I got the book deal [for The Girl on the Train], the pressure was off. I was able to repay my father.

Alexis Conran
Actor and winner of Celebrity Masterchef
I was scarred as a young drama school graduate when I racked up an enormous amount of debt on credit cards — nearing the £10,000 mark. It took 10 to 15 years to pay off.

YolanDa Brown
Jazz saxophonist
At my university freshers’ fair, I saw a big banner for a high street lender giving away popcorn machines and blow-up chairs [if you signed up for a credit card] — and I wanted one. It was amazing, but they didn’t explain how much debt I could get into. I was making the minimum payments and the debt wasn’t going anywhere.

I remember eventually paying it all off and cutting up the card — no more! I haven’t had one since, but I have kept the blow-up chair to remind myself that it’s not worth it

Michelle Mone
Entrepreneur and founder of the lingerie business Ultimo
Setting up the business was hard and I had to find a lot of money to get it going.

I was in debt by about £420,000 when the company finally launched. I had to remortgage the house and take out a number of business loans. I also had debts with every credit card company known to man.

Christian Jessen
Doctor and TV presenter
I don’t own a credit card and I won’t own a credit card. I think they are terrible things. I ran up a lot of debt on cards over six years as a medical student, and my dad had to help me out with paying them off because I couldn’t. He paid off tens of thousands of pounds.

If your debts are getting out of control, don’t panic, but do act fast
Even if the task seems overwhelming, it pays to act fast. Do not bury your head in the sand. Jonathan Chesterman of the debt charity StepChange said: “Over half of our clients say they waited more than a year between first worrying about their debts and taking debt advice. In this time, the problem can get much worse.”

● Work out how much you owe — and check the payment dates for each bill and the interest rate you incur on them. Aim to pay essentials, such as council tax or your mortgage, first. Set up direct debits for your bills, or reorganise existing ones to go out immediately after payday.

● Set up a detailed record of your monthly incomings and outgoings — and budget. Set aside enough for your essential living costs, such as food, travel and clothing. Chesterman added: “It is important that your budget is realistic and that you can stick to it.” Don’t pay off too much debt in one go and end up being hit with overdraft charges at the end of the month. (Apps can help with budgeting — see page 4.)

● With credit cards, try to make more than the minimum payment, to stop your debt dragging on. David Rodger, head of the Debt Advice Foundation, said: “Switching to a 0% balance-transfer card may ease the pressure for a number of months, but there is usually a fee for the transfer and the interest will be high when the offer ends. Consolidating all your card debts by getting a personal loan with a low interest rate may be a better solution.”

● Once you have your budget finalised, take a look at the areas in which you may be able to make savings. Switching energy supplier could cut about £300 off your annual bill if you have never done it before, according to the industry regulator Ofgem.

● Seek advice. Sites such as stepchange.org, nationaldebtline.org and debtadvicefoundation.org offer free guides to managing debt and tools to help you budget. Rodger said: “Talking about debt may seem like a taboo, but trying to hide difficulties increases stress. Confide in your friends, family or partner about the situation, and the need for you to stick to a budget.” 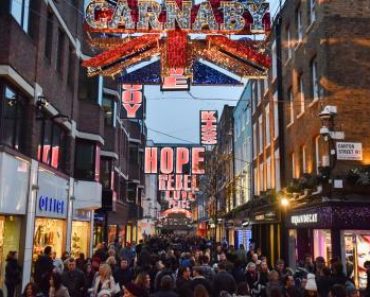 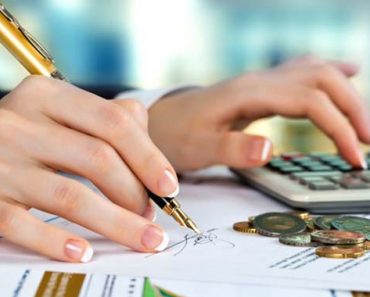 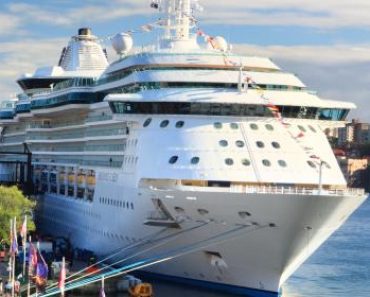