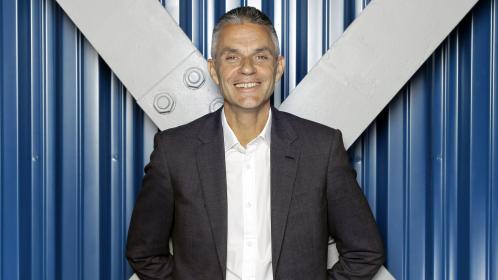 BBC Worldwide is on a roll. Tim Davie says an audience slump won’t knock the car show off course.

The head of the BBC’s commercial arm shifts in his seat, picks up a paper clip and begins twisting it between his fingertips. A nervous tic.

You wouldn’t have thought Tim Davie had much cause to fret. After all, global hits such as War and Peace and Doctor Who are filling the coffers of BBC Worldwide as never before.

A cloud hangs over the corporation’s biggest money-spinner of recent years, however. Viewing figures for Top Gear, which brings in an estimated £50m a year in revenues, have been a huge disappointment since its spring relaunch with Chris Evans and Matt LeBlanc at the wheel. The uncertainty deepened after the motormouth DJ’s abrupt departure earlier this month.

“Look, it was always going to be a challenging brief to follow in the footsteps of a show that was so successful,” says the chief executive of BBC Worldwide at its open-plan headquarters in White City, west London. “The numbers were actually quite strong, particularly when you factor in catch-up viewing.”

The revamped Top Gear has already been sold to 130 countries, which is “marginally up on the season before”.

“This is a show that’s in development, a work in progress,” says the 49-year-old in his smoothed-out south London twang. “There’s lots to go for. I’m bullish about this franchise.”

A Pollyanna worldview has served Davie well during more than a decade at the corporation. He was poached from PepsiCo in 2005 to be the Beeb’s head of marketing and, during his stint as head of radio, had to tear up a plan to shut the 6 Music digital station after a furious backlash from listeners.

He even stood in as director-general after George Entwistle resigned in 2012 over a Newsnight investigation that wrongly implicated the late Lord McAlpine in a paedophile ring. Davie was appointed head of BBC Worldwide in 2013. It has been a circuitous route to one of the top jobs in the British television industry — one that is pivotal to the future of the BBC.

Lean, with dark, greying hair, Davie is amiable and engaging. He sports a sober navy-blue suit, white shirt and black shoes. Like his CV, Davie’s look and patter are more corporate executive than TV luvvie.

That is no bad thing. The BBC needs all the business nous it can muster as it battles an impending budget squeeze. In May, in his white paper on the future of the BBC, the former culture secretary John Whittingdale forced the corporation to shoulder the £700m financial burden of providing the over-75s with free TV licences.

“Publicly funded budgets across every sector are challenged,” says Davie. “There’s not an institution not looking at its commercial arm and asking: ‘How can I deliver a higher return?’ Pressure for us to deliver a cash return is entirely appropriate in that environment.”

It will be up to Davie and BBC Worldwide’s 1,764-strong workforce to help cushion the blow from the Whitehall spending axe.

Worldwide’s mission is to generate cash from the BBC’s roster of hit shows and its huge back catalogue. Last year its revenues rose 3% to just over £1bn. However, headline profits dipped 3.5% to £134m after it sold a 50% stake in BBC America to AMC, the US broadcaster behind Mad Men and Breaking Bad, in 2014. About a third of its earnings come from UKTV, the owner of the Gold and Dave channels — a joint venture with US TV giant Scripps.

Taking into account programme sales, licensing fees and the money it ploughs directly into BBC productions, Worldwide returned £222m to its parent, equating to 13% of the corporation’s programming budget.

It’s an impressive haul but licence-payers will always yearn for more. Given the TV gold that lies in its vaults, shouldn’t BBC Worldwide be earning substantially more?

“We could have made the choice to deliver more profits,” Davie shoots back. “I have to ensure we deliver strong returns over the long term.”

Investments include BBC Store, which allows consumers to buy digital box sets of their favourite shows. This year Davie will launch a subscription internet TV service in North America.

“It’ll be all the classics, a lot of drama. It’s not just an archive channel — there will be fresh drama, soap operas and programmes that might not be right for a mainstream American audience.”

The launch will require a “limited amount of capital” and Davie says he will only invest more if the service builds an audience quickly.

Yet the mainstay of Worldwide will remain selling BBC shows to foreign broadcasters and licensing successful formats to producers. Local versions of British series are particularly lucrative: the Chinese version of Top Gear regularly attracts more than 300m views on digital players. The rewards of finding a novel format are plain.

BBC Worldwide should be in prime position to profit from the seismic shifts in the media industry. The rise of streaming services such as Netflix and Amazon Prime may have reduced sales of DVD box sets but the tech giants have proved a lucrative source of new revenues for programme makers over recent years. In their ferocious battle for eyeballs, they are splashing out lavish sums for high-end TV dramas and films. Even hoary old favourites can find a second or even third life on smart TVs and tablet computers.

Mobile phone and broadband providers, meanwhile, are also ploughing billions into broadcast rights. They, too, seek salvation in content in the battle to retain the loyalty of customers. “If you have quality content, it’s an incredible age,” says Davie. The industry’s dynamics have been upended and in the ensuing chaos “the days of selling your show to a single broadcaster are over”.

The trick to plotting a course through this content jungle is to figure out how to play off against each other competing free-to-air broadcasters, pay TV and the streaming providers. An added complication for Davie is BBC Worldwide’s position as a station owner. In some countries, such as America and Australia, BBC Worldwide also operates its own channels, pitting it against potential customers for its content. “Where the BBC means enough to people, taking content directly to the consumer can be a more profitable route for us,” says Davie.

Demand for high-end content may be rising but so too is the cost of creating a small-screen hit. American series such as The Sopranos and Mad Men consciously ape the standards of the silver screen, and have budgets to match. With Netflix and Amazon also pouring capital into their own homegrown series, inflation is here to stay.

“Look at the production values of a War and Peace, and even core shows like Doctor Who — people’s expectations have risen,” he says.

To fund glossy dramas such as War and Peace, Davie often has to find investors before shooting begins, as well as selling the shows to overseas broadcasters in advance. The Worldwide boss insists financial imperatives alone do not dictate which projects get the green light and which are consigned to the slush pile. “We’re a long way from the commercial tail wagging the public service dog,” he says. “I don’t feel restrained in the slightest by having to produce the highest-quality British programming. That’s absolutely the stuff that sells best.”

Davie was raised in Croydon, south London, by his school teacher mother and wine merchant father. He attended the local fee-paying Whitgift School before studying English literature at Cambridge, where he ran an acid house nightclub called Bliss.

He says these nocturnal adventures, rather than his academic performance, landed him a job at consumer products giant Procter & Gamble, where contemporaries included Gavin Patterson and Jeremy Darroch, the respective bosses of BT and Sky. Davie worked on retro aftershave Old Spice and the Vidal Sassoon shampoo range, among other brands.

In his mid-20s he moved to PepsiCo, where he spent a dozen years — including a posting to Connecticut — before moving to the BBC.

Despite, or perhaps because of, his background in the corporate world, he is a staunch defender of the licence fee.

Whittingdale, who was sacked in Theresa May’s reshuffle and replaced with the unknown quantity Karen Bradley, had considered a radical overhaul of how the BBC is funded.

One of his ideas was to replace the licence fee with some form of subscription charge. According to Davie, this would have been a blunder, not least because of the BBC’s enduring status as a national institution.

“Through the whole white paper process, it was clear to me that there has been incredible support for the BBC,” he says. “It provides really excellent value for the vast majority of people.”

Forcing the BBC to tussle for subscribers with the likes of Amazon Prime and Sky would dilute the broadcaster’s mission to “drive a really distinctive and creative vision”.

Currently producers have the freedom to deliver “unmissable” programmes, instead of “simply making a commercial return”. Changing those dynamics would mean missing out on unexpected hits like A History of the World in 100 Objects. “You cannot separate the revenue model from the creative output.”

Besides, the licence fee averages out at a mere £12 a month. According to Davie, that is a snip when you consider that, just a fortnight ago, viewers were able to watch Andy Murray “doing the business” at Wimbledon, followed soon after by the final of Euro 2016.

He is similarly dismissive of a potential sale of BBC Worldwide, which could reap £1bn or more for the cash-strapped Treasury. “We’re here to ensure the licence-fee payer gets the best value from the IP [intellectual property] they have invested in. So it’s absolutely logical that we remain part of the BBC,” he says.

Channel 4, too, has long been touted as a possible privatisation; Whittingdale is thought to have favoured off-loading the state-owned but ad-funded broadcaster. Will Bradley put up the “for sale” sign?

“You tell me,” he laughs. “I’m not going to answer that. I’ve got enough on my plate without worrying about Channel 4.”
The life of Tim Davie 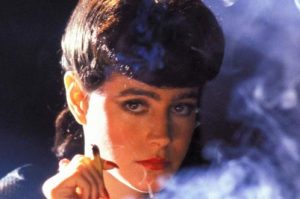 Working day
Tim Davie gets up at 6.15am and catches a train to BBC Worldwide’s headquarters at White City, west London, or to Broadcasting House in the West End. His day is split between meeting “talent”, programme makers and his executives. He gets home anytime between 7pm and 11pm. Davie travels frequently and has recently visited Sydney, Los Angeles and Brazil.

Downtime
Davie is a running fanatic. He has completed 15 marathons, with a best time of three hours and 10 minutes. He has also competed in the Marathon des Sables, a gruelling six-day, 250km race across the Sahara.

He read English at Cambridge and “hoovers up novels”. On the go currently is Booker prize-winner The Famished Road, by Ben Okri: “A slow burner.” 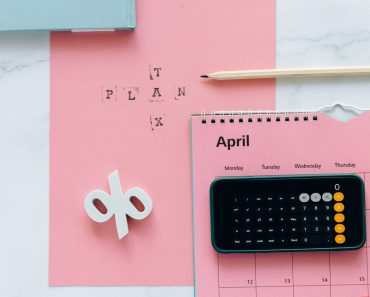