Home
FOREX
Market report: IG left in the doldrums as forex trade grinds to a halt
Prev Article Next Article 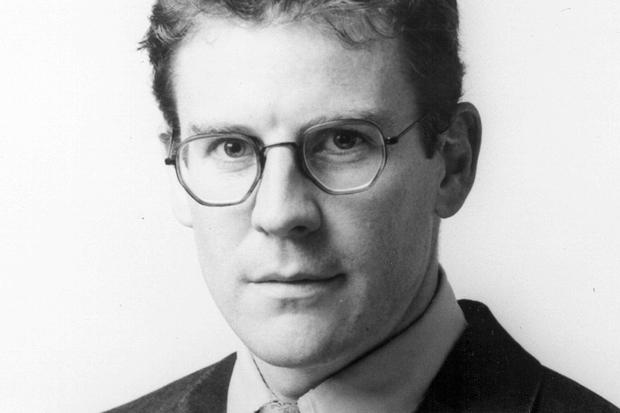 If there’s one thing traders crave, it’s volatility. It doesn’t matter if markets go up or down, as long as they go somewhere. And in the past few months, foreign exchange has been catatonic, tranquillised by the machinations of central banks around the world.

Yesterday, the City’s biggest spread-betting firm pointed at subdued currency trading for a likely shortfall in annual revenues. Traditionally, forex accounts for as much as a quarter of IG Group’s revenues.

The company is celebrating its 40th birthday this year. It was founded by Stuart Wheeler, Ukip donor and treasurer, and father to the Burberry model Jacquetta Wheeler, initially as a means to trade gold. An avid poker player, “Bullets” Wheeler — so-called after one grazed his top lip during his National Service in Egypt — has been a regular at the tables of the World Series of Poker in Las Vegas.

The 79-year-old is no longer involved with IG, which has 50,000 or so active punters in Britain and accounted for 44 per cent of the market at the last count. That’s seven times more than its nearest rival. As well as forex, it plays markets as diverse as the Footsie and gold, Germany’s Dax and oil, the euro and the Dow Jones.

IG’s profits are still on track thanks to nailed-down costs, but what was taken for a pretty bearish pre-close statement saw shares, now off nearly 9 per cent in the past fortnight, lose 11p to 592½p, their cheapest this year.

The FTSE 100 flatlined, edging less than half a point lower to 6,820.6. Any sop to shares from signs of life among China’s manufacturers and from fresh evidence that US interest rates will not be raised any time soon was offset by ill-received news from a rash of Britain’s biggest companies.

Royal Mail delivered a profit warning alongside its first annual results as a public company, and the shares tanked 56p to 519p. Royal Dutch Shell told shareholders they could no longer take their dividend in the oil major’s paper. Its B shares fell 95p to £24.56½. AstraZeneca retreated 145p to £42.75 as hopes of a £69 billion bid faded further.

Results from SABMiller and Halfords went down much better. The drinks giant behind Peroni and Grolsch added 112½p and the purveyor of Boardman bikes and car spare parts advanced 46½p to 488p.

Smith & Nephew was chased 20p higher to 956p after some warm buying going into the close. No one seemed to know why, though the supplier of artificial hips is a long-standing subject of bid speculation. London’s hot money was again buying Orange, the mobile phone operator owned by France Télécom, also touted recently as a likely bid target.

Though the better economic news from China underpinned miners generally, Polymetal International was marked 32½p lower at 510½p after the Russian goldminer agreed to part pay for a project in Kazakhstan by $300 million of new shares.

On AIM, Rare Earth Minerals jumped 17.4 per cent to 0.58p. REM, one of the five companies where the Australian entrepreneur David Lenigas is chairman, lifted its stake in its partner at the Sonora Lithium Project in Mexico to over 10 per cent.

Canny investors were keeping an eye on Obtala Resources, whose chairman is another entrepreneur, Frank Scolaro. There were whispers that next month the value of its African agricultural and forestry land would be revalued much higher. Prices by Proquote

One of the best investment strategists on the street wasn’t winning many plaudits from the Great British punter.

In his latest Thundering Word from Wall Street, Michael Hartnett, Bank of America Merrill Lynch’s chief diviner of future markets tides urged all the megabank’s clients to dump the shares in British companies so beloved of the private investor.

The UK economy was the closest to “escape velocity” from the problems of recent years, he mused. Markets were pricing in a rise in interest rates in February. If rates go up, that’s bad for small caps. It costs them more to borrow money, customers have less money and the punters, who traditionally like their shares, are nursing bigger mortgages and credit card payments, making them less inclined to play the stock market. If growth stutters, then small caps have “clear vulnerability” to any downturn.

Instead, he suggested that the discerning investor buys US homebuilders — lower mortgage rates are the catalyst for higher home sales — emerging markets materials that are still unloved and cheap, and China cyclicals — a contrarian reverse trade from soaring Indian cyclicals. Back up the truck.