Deputy governor under fire over clash with chief economist.

Questions were raised yesterday about the Bank of England’s newest deputy governor after she openly disagreed with its chief economist over the effects of quantitative easing.

Charlotte Hogg, who takes over from Dame Nemat Shafik today as the deputy for markets and banking, said that she could see no evidence of a bubble in gilt markets and that QE had had “a very limited effect” on gilt prices.

Ms Hogg, 46, was asked by MPs on the Treasury select committee whether she agreed with a remark by Andy Haldane, the Bank’s chief economist, that central banks had “intentionally blown the biggest government bond bubble in history”.

Ms Hogg, who will be the second most senior official at the Bank and in charge of unwinding QE, said: “I don’t think I agree with his comment. I don’t see any evidence that we have a bubble . . . What I see is a reasonably functioning and effective gilt market.”

Asked to clarify whether she believed that the £435 billion programme had changed the price of government bonds, she said: “I think it’s had a very limited effect because we still hold a relatively small part of the market.”

The Bank holds about one fifth of the stock of gilts, Ms Hogg acknowledged. Gilt prices have risen sharply since QE began in March 2009, with the Bank explaining on several occasions that higher asset prices, with the simultaneous and inverse effect of lowering borrowing costs, was the intention. Ten-year government borrowing costs have fallen from 3.2 per cent to 1.15 per cent since QE was launched after interest rates were cut to 0.5 per cent.

Ms Hogg claimed that much of the fall had been due to the collapse in underlying interest rates across the world since the crisis as a result of structural changes in the economy, rather than the trillions of dollars injected into the global financial system through quantitaive easing.

She admitted that she was unaware of Mr Haldane’s comment and may have misunderstood the question as one about market dysfunction. “I don’t see [QE] causing a dysfunctional market,” she said.

Moyeen Islam, a fixed-income strategist at Barclays, tweeted: “For the new deputy governor for markets, Charlotte Hogg has a pretty shaky grasp of QE, transmission mechanism and market impact.”

Steve Baker, a Tory member of the committee, appeared to come to Ms Hogg’s aid, saying that he was trying to help her “off the horns of a dilemma”.

Earlier Ms Hogg, who has not held a policymaking position before but has run the operations side of the Bank since 2013, claimed that not being an expert was an advantage.

Andrew Tyrie, Tory chairman of the committee, said: “You haven’t got that [policy] experience.” Ms Hogg replied: “I don’t and I think that’s a plus.” 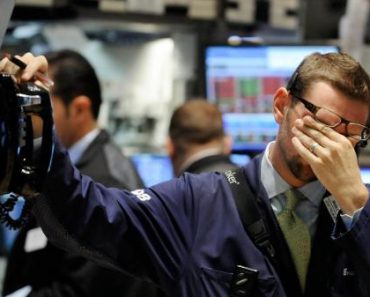